Learning how to live off of one income can sometimes be overwhelming , but there are ways to do it and still live comfortably.

Chances are, if you’re part of a two-income household, there have been times when you wondered or even fantasized about one of you dropping out of the rat race for a while. Of course, you didn’t fantasize for long because, as we’ve all heard, in these tough times most families need two incomes.

Surprise! The one-income lifestyle is absolutely achievable for most couples. And that’s because the financial clout of the two-income household is considerably less than we’ve been led to believe.

One of the first lessons we learn in school is that one plus one equals two. It’s an equation that serves us admirably throughout our lives. It works spectacularly with lots of things: apples, cars, children, even pet rabbits (at least for a while).

But it can be a bust when it comes to income.

Due to taxes and the necessary expenses that come with working, for many couples one income plus one income equals spending power that’s considerable less than the sum of two incomes. Understanding this curious, contradictory math can be crucial to your family’s well-being – especially now, when the two-income/day-care frenzy has pushed many families to exhaustion.

Where the money goes

The second hit comes in the form of the various costs of going to work – including child care, a work wardrobe and transportation – which can suck up a third of that paycheck. Finally, many working couples squander much of the remaining third on ways to facilitate their hectic lives, including convenience foods, restaurant meals and paid housekeepers.

In most cases families do realize a financial benefit, however small, from the second income. But with careful cost-cutting and planning, you can often get that amount back.

Going from two incomes to one is a challenge that’s tougher when couples wait until they have children to make this choice. By then they may have based their debts – high mortgage, high-end cars – on having two incomes, and the lower-paying income may provide the medical benefits. It is also difficult if both incomes are low – say, under $15,000. 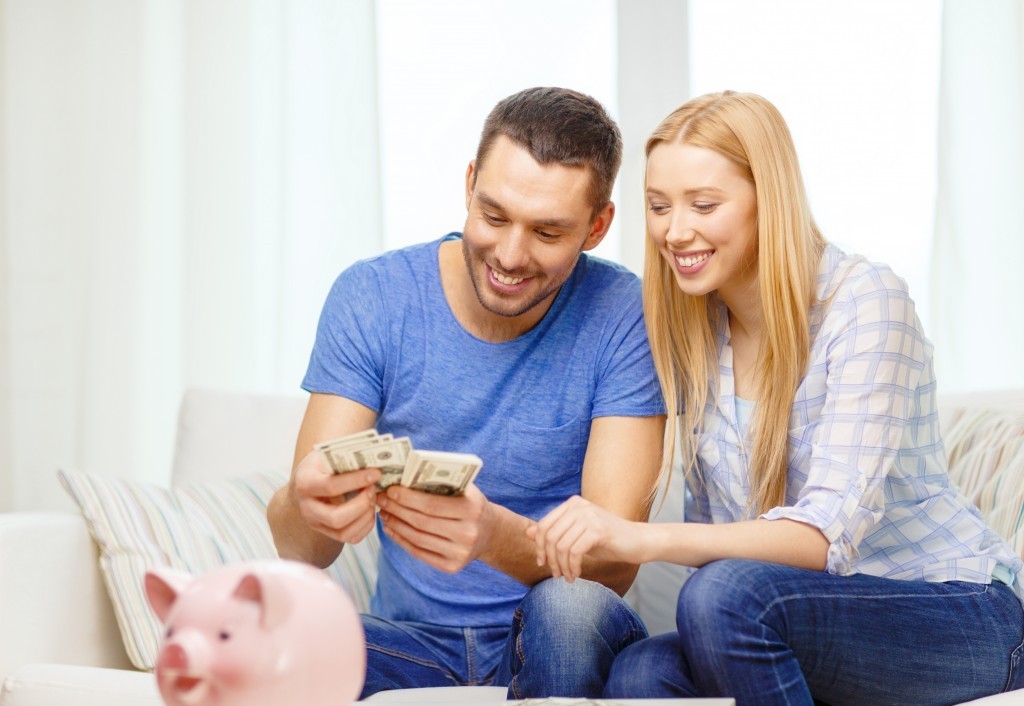 But with discipline and positive attitude, surprisingly little is needed for a fulfilling life. And with enough resolve, you can make the big decisions, such as moving to a less expensive part of the country, that will lower your cost of living for years to come.

Still not convinced you can swing it? Let’s tackle some common hesitations:

“All that money-saving stuff – like making food from scratch or doing your own repairs – is too time-consuming.”

Because working for a living is time-consuming (consider the extra hours spent commuting, picking kids up at the day-care center, etc.), you have to pay others to do things around the house you have no time for.

In contrast, many things you can do to save money provide a respectable tax-free “hourly wage.” For example, say that ordering two pizzas costs $18. With practice two homemade pizzas can be prepared with $2 worth of ingredients in 20 minutes – a savings of $16. You could, in theory, perform this task three times in one hour. Therefore, the hourly “wage” of this task if $48.

A major advantage of all these well-paying “jobs” is that they can be done with children. Big ones can help; little ones can watch. All of them can be scheduled around times when a child needs to have one-on-one attention.

“I would feel deprived.”
smiling couple counting money at homeMany people fear scaling down because they feel they will miss their expensive habits, such as weekly dinners out. But deprivation is a matter of how you look at it. Certainly, working 60 hours a week can deprive you of quality time with your family. A stressful job can even deprive you of your health.
And while having less income may mean forgoing the expensive things, with resourcefulness and creativity you can create equal or superior replacements. A box of homemade Valentine chocolates can be better than the gourmet kind. A homemade Halloween costume can outshine a costly store-bought one.

No one said that frugality is always easy; sometimes you have to be firm. If your teen insists he will shrivel and die without the latest sneakers, tell him the truth: $100 for sneakers equals two days’ take-home pay for you (or your spouse). Tell him you’ll provide the money for a pair of reasonably priced sneakers, and give him a list of chores he can do to make up the price difference. It’s amazing how much kids don’t need when they realize they’ll have to work for it.

How to Do It

Shifting from two incomes to one requires a game plan. You should map out exactly what the financial implications are and how you will handle them. It is seldom possible to make the shift immediately; in some case it could take more than a year to pay off debts and learn the necessary new skills. Some essential steps:

Do the math. Gather together pay stubs and tax forms to learn what the family’s net income would be with one paycheck. Refigure your tax bite based on one income; you may drop into a lower tax bracket.
Next, look over your current household budget (if you don’t have one, make one) and subtract any expenses directly related to the second job, such as child care, transportation, wardrobe and lunches at work.

Chances are, when you compare your hypothetical single net income to your hypothetical one-income budget, you will still have a gap. To begin to make up this gap, first establish which areas will be easiest to change.

Find out where the money goes. Unfortunately, most people don’t have a clue. To understand your spending habits, carry a pocket-size spiral notebook with you at all times, and write down each expense, no matter how small, right away. Do this for several months.
Pare down, painlessly. At the end of each month, review your expenditures and decide which were optional and which were essential. Next month try to eliminate as many optional expenses as possible, especially those that gave you the least value for the money you spent. For example, you discover that your daily two cans of vending-machine soda add up to about $25 monthly; for the next month you decide to carry a thermos of iced tea.
Learn to cut “essential” expenses.

If your family of four spends $450 per month for food, you probably could chop this in half through a variety of strategies: purchasing sale items in bulk, merciless comparison shopping, serving more meatless meals, eliminating convenience foods, gardening and using some coupons.
You can cut down your clothing budget significantly by investigating yard sales and thrift and consignment shops.
When buying household goods, check out secondhand sources: pawnshops, swap magazines, yard sales, auctions and items offered for sale – or free – in the local classified ads.

Scrutinize your insurance policies for unnecessary or excessive coverage. Your library has financial books that can provide pointers.

Spend some money to save money. By investing in appliances and tools that will save you money, you can permanently reduce your cost of living. Examples include: a freezer, a sewing machine, a table saw and a low-flow shower head.

Pay down your debts. If you’ve reached this step without closing the gap, you probably need to pay down some of your debts. First pay off those with the highest interest rates, such as credit-card debts. Then tackle furniture and car payments. Investigate refinancing and/or accelerating your mortgage payments.
The final step: Consider major lifestyle changes. The income earner can investigate training to change to a more lucrative career. Or the couple could take more radical steps to cut expenses, such as moving to a smaller house or a less expensive region of the country.

Throughout this process, let this question be your guide: “Is becoming a one-income family more important to me than this expense?” If you answer no to many of the choices listed above, be comfortable with your decision to remain a two-income family – at least you are doing so consciously and understand the tradeoffs. But if you answer yes often enough – and you follow through with the necessary changes – you are assured of achieving your goal.